Face to Face with God? 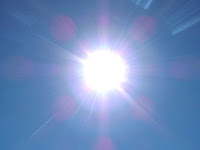 My Honeypot (my husband) and I were having devotions together this morning as we do most mornings.  It was about having a “face to face” moment with God.  He asked me if I had times like this. We began to share around those times in our lives.

One of his most memorable times was when he was scheduled to be the morning speaker at his church and he had nothing to share.  It wasn’t that he hadn’t tried, mind you; he had!  Alas, it had been to no avail and two hours before the service he was dry as a bone.  He said he went out to the woods and sat down on a felled log.  He simply bowed his head and asked for help.

Suddenly, God was with him, and He gave him a most interesting message that he calls his snake bite sermon.  Perhaps, with his permission, I will share that with you someday, but today’s blog is about those times of God’s intense presence and how do those come about?

For him, it was a time of being at the end of his own efforts and surrendering himself to God to receive something beyond him.  In that surrender, God revealed Himself in a mighty way.  My husband’s eyes tear up and I can literally see the Holy Spirit on him when he shares this story with me.

I shared with him a time when I was just beginning to “practice the presence”. I had been informed earlier in the evening of the death of my stepfather.  I was in a quandary regarding whether to drop everything and travel to my hometown to attend the funeral.  At that time, I was involved in full time ministry which meant that I could not get away easily.

I went to bed with that on my mind.  Sometime in the night I was awakened and went to my spot where I was learning to meet with God.  I sat down with pencil and paper in hand and wrote down what I heard.  It was something like this.  “Go about your Father’s business; the man who died is not now nor was he ever your father.  I am and always have been your only Father.  Let the dead bury the dead”.  I did not go to the funeral and later realized that was a very wise decision.  I was able to do so in great peace as I had heard from heaven.

That night God the Father’s presence was so real, I can still feel it now as I share this with you and every time I think of it.  Something changed inside of me as a result of that encounter.  I moved from being a fatherless child to being a child of the most powerful and loving Father ever!  Now I had been a Christian about twenty four years at that time and I knew that I was a child of God, the Bible told me so.  But, that night I experienced Him in a way different from any other and I KNEW that He was my Daddy.  It changed the way I felt about myself forever.

There are many other times when God has been so near, I could feel His presence more real than I can feel any one else’s.  I will share some of those in the days to come, but right now let me ask you…have you ever had a face to face encounter with the Living God?  Do you KNOW you are His child?  Do you have a felt sense of Him being your Father or is it just head knowledge?

Do you even know that you can have such an encounter or have you been brainwashed into believing that is not possible?  The scripture reference for the reading today was Genesis 22 where Abraham had one of those God moments.  In obedience to the voice of God, he had taken the thing most dear to him in all the world and gone to Mt. Moriah, a place of sacrifice.  In that moment of surrender, God met him face to face! Do you think Abraham was ever the same?

There are multitudinous times in scripture when people met with God face to face, but we are sometimes told that is no longer possible for those of us living today.  I say that is a lie straight out of the pit of hell.  I have met Him myself so many times now that I would be hard pressed to ever share all of them with anyone.  Believe it or not!  It is true!

If you have never had an experience like this one, may I encourage you to seek His face.  He is waiting and eager to meet with anyone who will come to Him.   Psalm 27 is a beautiful one in which the psalmist cries out “When you said, Seek ye my face; my heart said unto Thee, Thy face, LORD, will I seek.”  (Hebrews 11:6)  Expect Him to show up!


May I suggest that you take a moment at the first opportunity that presents itself, get quiet before Him and read this Psalm in its entirety? Pray as you read; that is, dialogue with Him.  This means that you say what’s in your heart and then you listen for Him to speak to you by His Spirit in your spirit.  I find that I do not hear His voice in my head but somewhere from the center of my inmost being.  One thing I can tell you, I always KNOW the times when I have met with Him and the times when the voice has had some other source.  I will share sometime how anyone can know the difference.

Happy Seeking!
Posted by Sonshine in the Mountains at 10:06 AM

Sonshine in the Mountains
I am a Christian senior citizen who loves to study God's Word and hear His voice in my quiet times. I love to take pictures of the beautiful scenery all around me at the River, the Lake and/or the Mountains. I also like to play at painting, currently, watercolors.